Wheat (Triticum aestivum) is an important part of our daily diet, supplying us with carbohydrates, fats, dietary fibers, minerals, proteins, vitamins, and water. In a balanced diet, vitamin A, vitamin B12 and vitamin C are substituted by adding meat, dairy products, fresh fruits, and vegetables. (1, 2, 3)

Since wheat can elicit various forms of allergy, the establishment of diagnostic tools to distinguish them among each other, gained more and more importance.

Wheat-induced food allergy affects 0.5% to 1% of the population. Thus, wheat belongs, among egg, fish, milk, peanut, and soy to the six major food allergy-provoking sources. In patients with wheat allergy, consumption of wheat-containing food can lead to immediate wheat food allergy, which occurs in children, or to wheat-dependent exercise-induced anaphylaxis, which has been reported to affect adults. The disease is characterised by clinical symptoms manifesting in the skin (urticaria), gastrointestinal tract (abdominal pain, vomiting, diarrhea) and the respiratory tract. Besides local allergic symptoms, wheat-induced food allergy can lead to more severe symptoms including systemic, life-threatening, anaphylactic reactions which have been monitored in 50% of wheat food allergic children. Additionally, a special form of anaphylactic reaction to wheat-containing foods has been described, the so-called wheat-dependent exercise-induced anaphylaxis (WDEIA). This clinical manifestation is triggered by food intake with subsequent physical exercise or Aspirin intake which has been shown to boost the permeability of the gut leading to an increased allergen uptake in the blood circulation. The use of natural wheat allergen extracts for serological testing may deliver speciﬁc IgE-reactivities that are clinically irrelevant, for example in patients with grass pollen allergy. Therefore, Tri a 19, an omega-5-gliadin, which has been described as a major allergen in immediate allergy in children and wheat-dependent exercise-induced anaphylaxis, is widely used for serological testing for wheat-induced food allergy. The utility of Tri a 19 for the diagnosis of wheat allergy has recently been conﬁrmed in a pediatric multicenter challenge study. (4, 5) 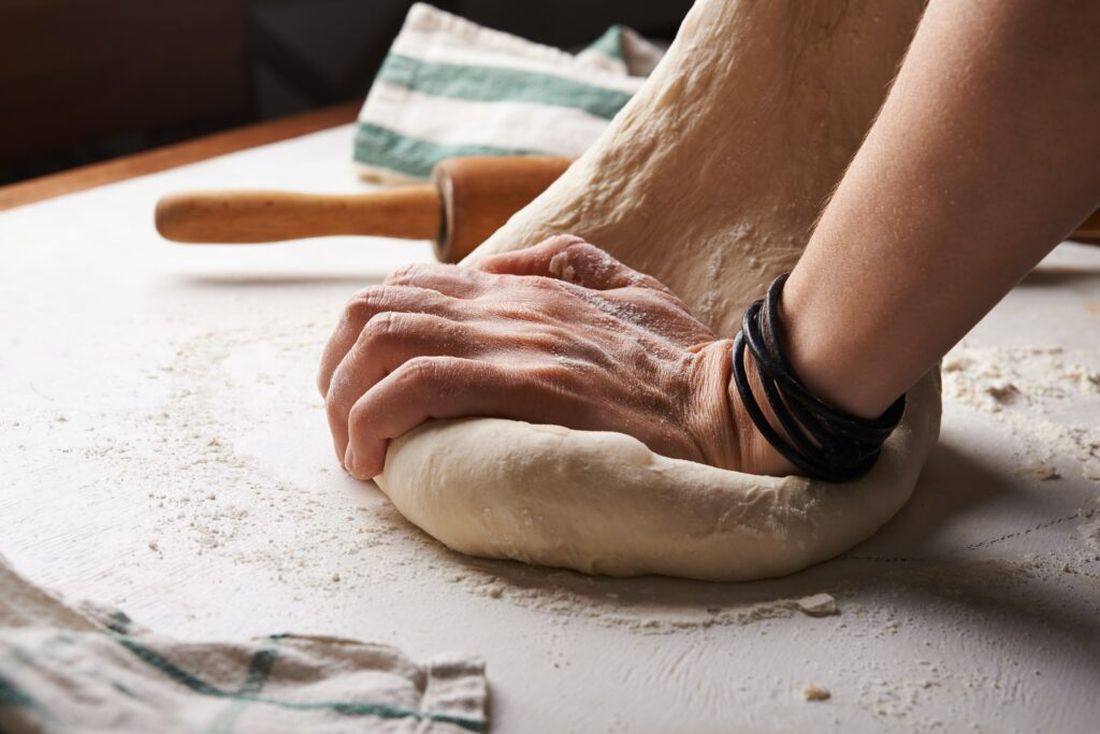 Baker’s asthma, indicating respiratory allergy to wheat proteins as a consequence of inhaling wheat, cereal flour and dusts, is one of the most common forms of occupational asthma. The prevalence of baker’s asthma differs among various countries but appears to be between 6% to 20%. (6, 7, 8) Asthma itself is a very complex inflammatory lung disease specified by airway obstruction caused by airway inflammation, airway hyperresponsive smooth muscle and airway mucus and is characterised by clinical symptoms, including cough, chest tightness, shortness of breath, airflow limitation up to asphyxiation. Additionally, to the mentioned asthmatic characteristics, allergic asthma is specified by elevated titers of IgE antibodies. In baker’s asthma, the salt-soluble wheat fraction including water-soluble albumins and salt-soluble glutenins were identified as the most relevant allergens. Several IgE-reactive proteins have already been described as baker’s asthma allergens. However, the lipid transfer protein (Tri a 14) (9, 10) has been characterised as a major allergen and has been considered as a potential diagnostic tool for diagnosing baker’s asthma. Additionally, members of the alpha-amylase inhibitor family (Tri a aA_TI) (11, 12) have shown to react with IgE antibodies from baker’s asthma patients.

Since wheat is a member of the grass family, profilin (Tri a 12) was identified as a cross-reactive protein found in wheat seeds and grass pollen. (13, 14) Common IgE epitopes were characterised in wheat flour and grass pollen, which due to significant cross-reactivity, lead to an over-diagnosing of wheat allergies.

Wheat protein hydrolysates are produced by enzymatic degradation of wheat proteins and addition of water in a process termed hydrolysis. Hydrolysed wheat proteins are generated by industrial processes to use them as food additives or moisturisers in cosmetics. However, via this procedure, buried allergenic sites get exposed to the surface, which creates new allergens from wheat proteins which naturally did not occur. Some studies could show that those proteins cause immediate hypersensitivity to hydrolysed wheat proteins (IHHWP) including contact urticaria and anaphylaxis. (15) Patients suffering from IHHWP exhibit IgE-reactivity to ω1-, ω2-, ɣ- gliadins. (16)

The use of natural wheat seed extracts in the evaluation of IgE antibodies and skin tests frequently leads to false test results. On the one hand, false-positive test results are obtained by cross-reactive proteins existing in wheat seeds and grass pollen. Grass pollen allergic patients are diagnosed as wheat food allergic patients without any clinical symptoms after wheat ingestion. In contrast, using whole wheat extracts leads to false-negative test results, because test solutions do not contain the water-insoluble wheat fraction including two important and major wheat food allergens, ω5- gliadin (Tri a 19) and low molecular weight glutenin (Tri a 36). 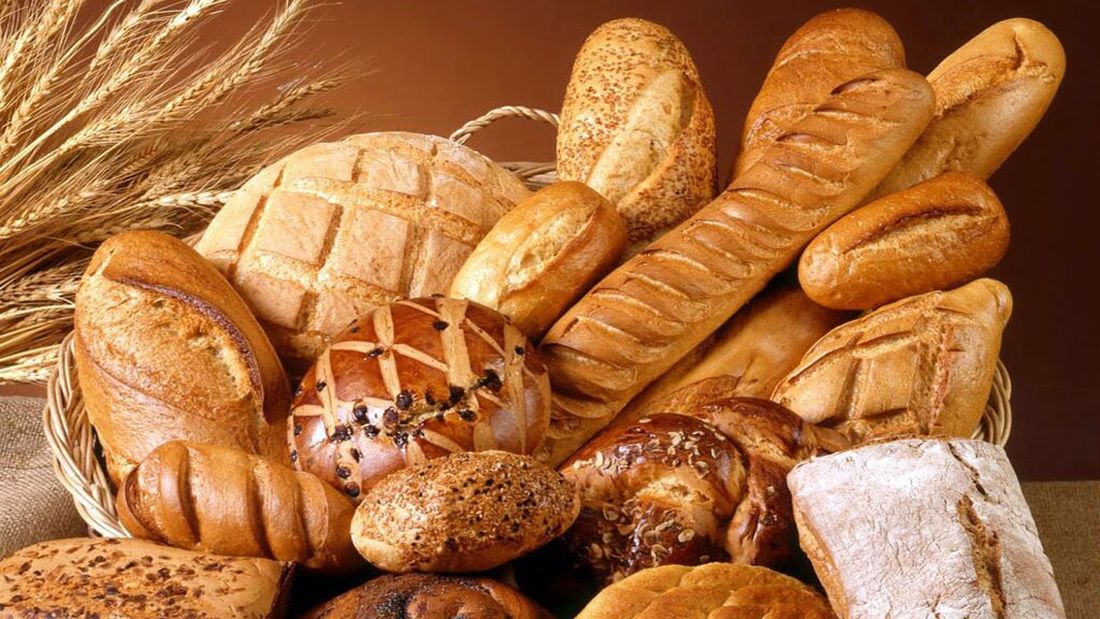 Molecular methods using multiplex-based in-vitro diagnostic tests, exhibit the potential to screen patients for all available wheat components easily and speedily, achieving an extremely detailed diagnosis including the distinction of wheat-dependent diseases. Applying this technology allows the documentation of prognosis, prophylaxis, cross-reactivity, effect of avoidance and immunotherapy. Potential disease-eliciting molecules provide important information for the diagnosis and therapy of wheat allergies. Challenge tests are still considered as the golden standard diagnosing food allergies; however, those tests are expensive, time-consuming, hazardous and are only performed in certain clinics. Furthermore, patients describe those tests as unpleasant, and they can even lead to severe allergic reactions at all dose levels. Evaluation of in-vitro test results together with the clinical history of the patients can be a good tool to avoid severe effects of challenge testing especially in severe cases.